Did you know that the Arboretum in Trsteno was used as the setting and filming location for the world famous series Game of Thrones ?

The main characters weave their plot and exchange secrets in King’s Landing in these wonderful surroundings. The fans of Game of Thrones will most surely recognise the garden as the setting of Red Keep, and revive the intense conversation where Lady Olenna Tyrell discuss Sandra’s insecure with Lord Varys.

Many visitors that come to Dubrovnik chose to visit Arboretum as a part of one of many guided Game of Thrones tours. It can be quite difficult to get to Arboretum with local bus transportation, as the bus is not running that frequent, a good idea is to book a private transfer that take you there without hustle and let you decide the pace of the tour. We suggest visiting Zaton, a picturesque small village by the sea on your way there. Zaton has two delicious seafood restaurants right by the sea, Ancora and Kasar, be sure to bring swimming clothes and towels.

Arboretum is situated about 12 km outside Dubrovnik north, in the small village of Trsteno. The entrance is found right next to a huge Oriental plane tree that stretches up 50 m in the sky. Impressive! The tree has stood there for 500 years accidentally to the legend, and was planted at the same time as the Arboretum was founded. Let the adventure begin! 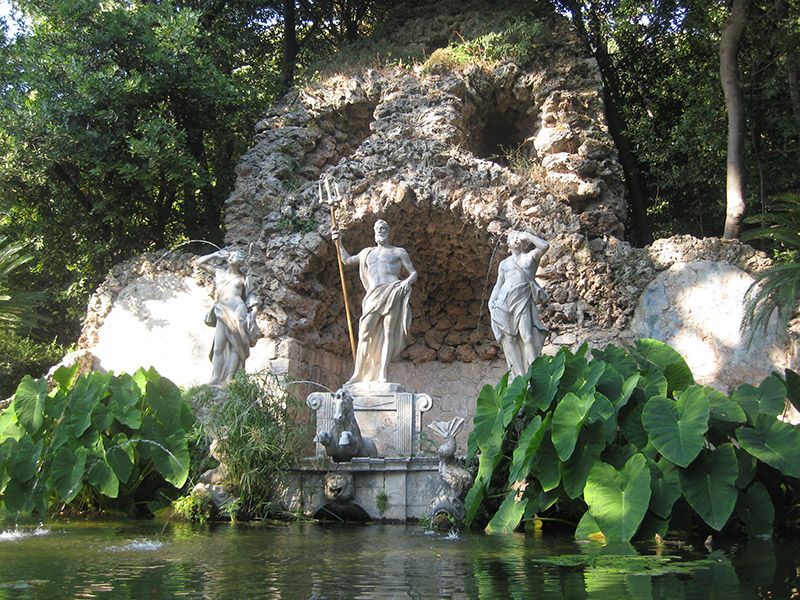 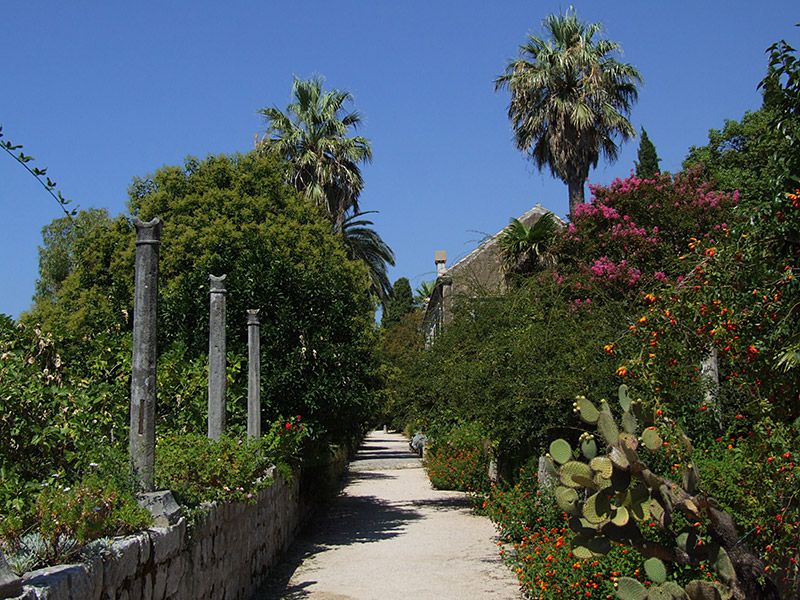 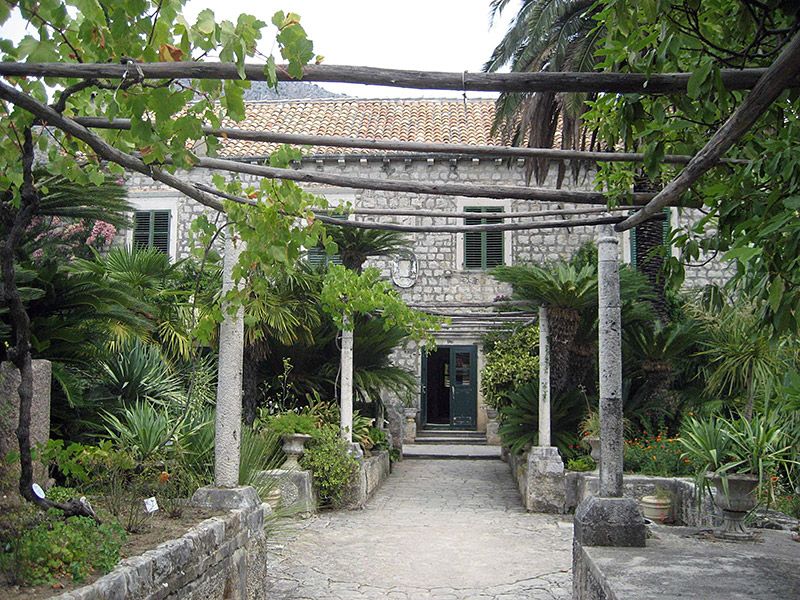 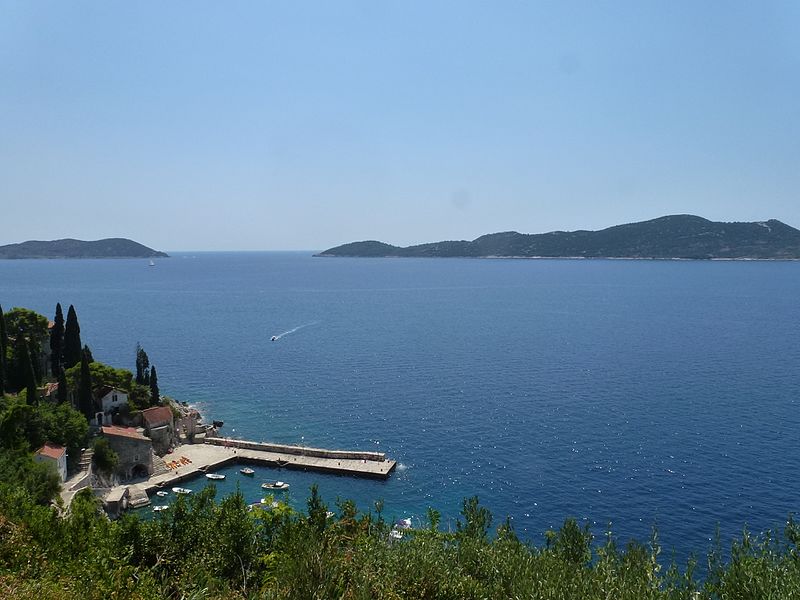 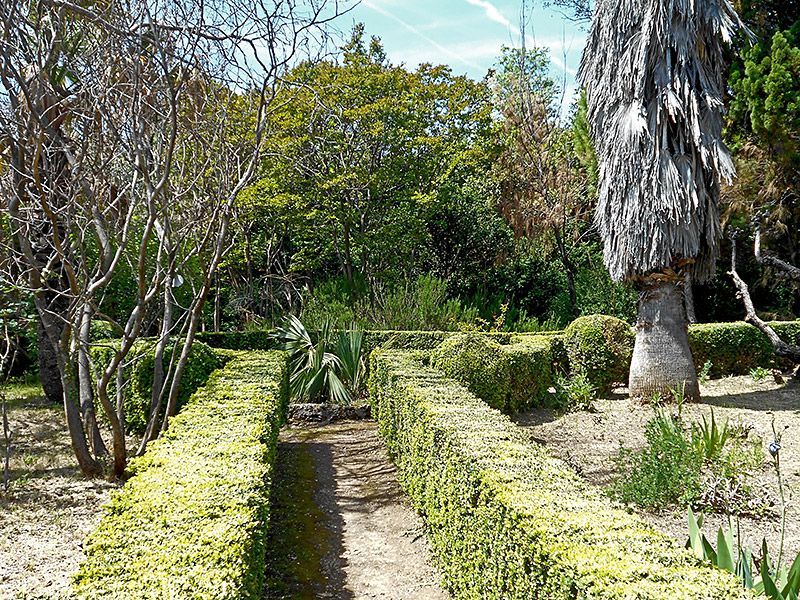 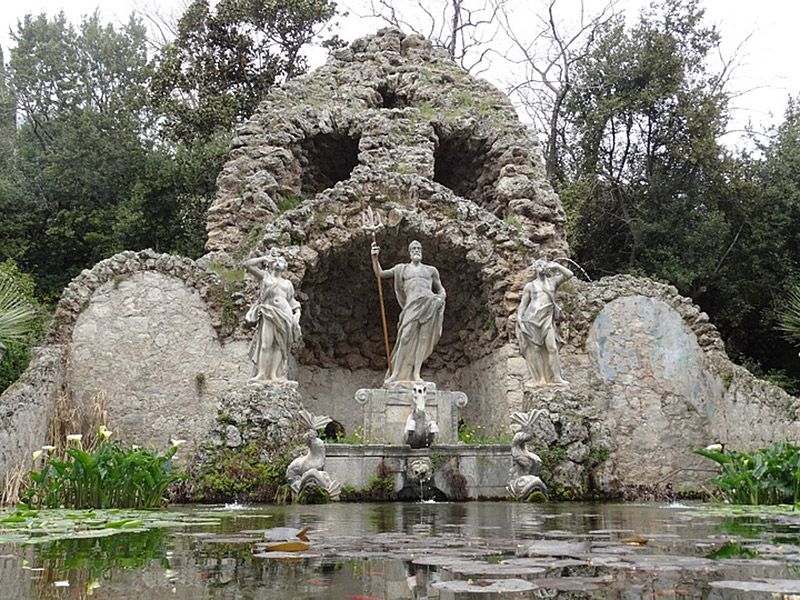 The Arboretum is the oldest renaissance garden in Dalmatia. It’s dated back as far as 1492 when a irrigation aqueduct was built there. The garden developed and was owned by the family residence Gučetić-Gozze. The family was very interested in plants so they ordered seeds and greenery from ships coming from exotic places from different parts of the world. Here lived the philosopher and writer Nikola Vitov Gučetić. The last owner Vito Gučetić Bosiljević (Gozze Basegli) a stone sculpture collector, made a artificial ruin and some of the sculptures were even placed around the mansion. The garden is lush and filled with Japanese banana trees, date palms, magnolia, various cactus species and other exotic plants.

During the Croatian War of Independence, Arboretum in Trsteno was heavily damaged by Serbian and Montenegrin forces, attacked from sea and by air. Arboretum was tragically burnt during the massive attack’s and 80% of the vegetation burnt down ( more than 30 exotic species and about 10.000 older and younger trees). An estimate is that it will take more than 80 years to regrow the magic gardens of Arboretum, Trsteno.

Last update: 18.10.2019
We hope that you found the information on Dubrovnik Online to be useful. If so, please help spread the word.